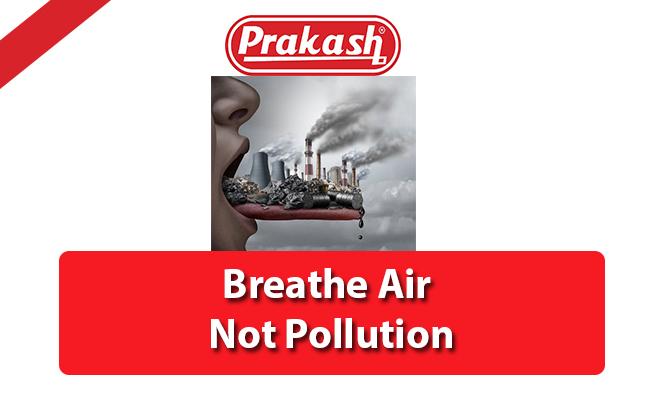 Pollution is the introduction of contaminants into the natural environment that cause adverse change. Pollution can take the form of chemical substances or energy, such as noise, heat or light. Pollutants, the components of pollution, can be either foreign substances/energies or naturally occurring contaminants. Pollution is often classed as point source or nonpoint source pollution. In 2015, pollution killed 9 million people in the world. 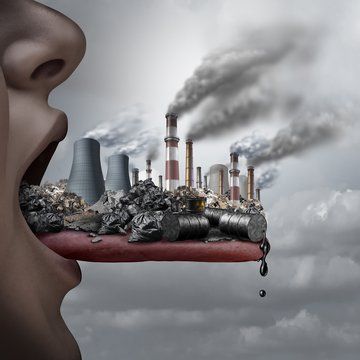 Air pollution: the release of chemicals and particulates into the atmosphere. Common gaseous pollutants include carbon monoxide, sulphur dioxide, chlorofluorocarbons (CFCs) and nitrogen oxides produced by industry and motor vehicles. Photochemical ozone and smog are created as nitrogen oxides and hydrocarbons react to sunlight. Particulate matter, or fine dust is characterized by their micrometre size PM10 to PM2.5.

Air pollution has always accompanied civilizations. Pollution started from prehistoric times, when man created the first fires. According to a 1983 article in the journal Science, “soot” found on ceilings of prehistoric caves provides ample evidence of the high levels of pollution that was associated with inadequate ventilation of open fires.” Metal forging appears to be a key turning point in the creation of significant air pollution levels outside the home. Core samples of glaciers in Greenland indicate increases in pollution associated with Greek, Roman, and Chinese metal production.

The health risks of air pollution are extremely serious. Poor air quality increases respiratory ailments like asthma and bronchitis, heightens the risk of life-threatening conditions like cancer, and burdens our health care system with substantial medical costs. Particulate matter is singlehandedly responsible for up to 30,000 premature deaths each year.

The ingredients of air pollution

Particulate matter (PM). One type of particulate matter is the soot seen in vehicle exhaust. Fine particles — less than one-tenth the diameter of a human hair — pose a serious threat to human health, as they can penetrate deep into the lungs. PM can be a primary pollutant or a secondary pollutant from hydrocarbons, nitrogen oxides, and sulphur dioxides. Diesel exhaust is a major contributor to PM pollution.

Volatile Organic Compounds (VOCs). These pollutants react with nitrogen oxides in the presence of sunlight to form ground level ozone, a main ingredient in smog. Though beneficial in the upper atmosphere, at the ground level this gas irritates the respiratory system, causing coughing, choking, and reduced lung capacity.  VOCs emitted from cars, trucks and buses — which include the toxic air pollutants benzene, acetaldehyde, and 1,3-butadiene — are linked to different types of cancer.

Nitrogen oxides (NOx). These pollutants form ground level ozone and particulate matter (secondary). Also harmful as a primary pollutant, NOx can cause lung irritation and weaken the body’s defences against respiratory infections such as pneumonia and influenza.

Carbon monoxide (CO). This odourless, colourless, and poisonous gas is formed by the combustion of fossil fuels such as gasoline and is emitted primarily from cars and trucks. When inhaled, CO blocks oxygen from the brain, heart, and other vital organs.

Sulphur dioxide (SO2). Power plants and motor vehicles create this pollutant by burning sulphur-containing fuels, especially diesel and coal. Sulphur dioxide can react in the atmosphere to form fine particles and, as other air pollutants, poses the largest health risk to young children and asthmatics.

The effects of air pollution

Probably global warming is one of the most worrying effects for scientists and environmentalists. Global warming is a direct consequence of the greenhouse effect, which is produced by the high emission of CO2 and methane into the atmosphere. Most of these emissions are produced by the industry, so this can be remedied by social responsibility and action by companies and factories.

Climate Change is another consequence of global warming. When the temperature of the planet increases, there is a disturbance in the usual climatic cycles, accelerating the changes of these cycles in an evident way.

Due to climate change, the mass of the poles is melting, and this is leading to flooding and the rising of sea levels.

The gases emitted by industries, power plants, boilers, heating and transport are very toxic. Those gases include sulphur dioxide (SO2) and nitrogen oxides (NOx) issued into the atmosphere that come from fossil fuels burning. When those substances accumulate in the atmosphere and react with water, they form dilute solutions of nitric and sulphuric acid, and  when those concentrations become rain, both the environment and surfaces suffer.

The smog effect or beret effect happens when there is a kind of dark fog concentrated over the cities and fields. That fog is a load of pollutants and can be of 2 types: sulphurous smog and photochemical smog, both dangerous and harmful to health. Both types of smog are a consequence of industrial and urban action. However, sulphurous smog has its origin mainly in the use of coal in many industrial processes. That has been reduced in the most advanced countries – nevertheless, there are still many developing countries that do not have treatment protocols for pollutants.

It is probably one of the most obvious and worrying effects for human beings. Pollutants can cause respiratory illnesses and allergies ranging from coughs to asthma, cancer or emphysema.

Inhalation of toxic agents directly affects the lungs and other organs that make up the respiratory system. Also, poor oxygenation can lead to cardiovascular problems.

Diesel Engine is the solution 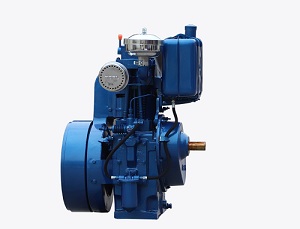 What is ALTERNATOR & it’s construction

Get The Finest Quality Diesel Generators From Prakash

What To Expect From Diesel Generator?