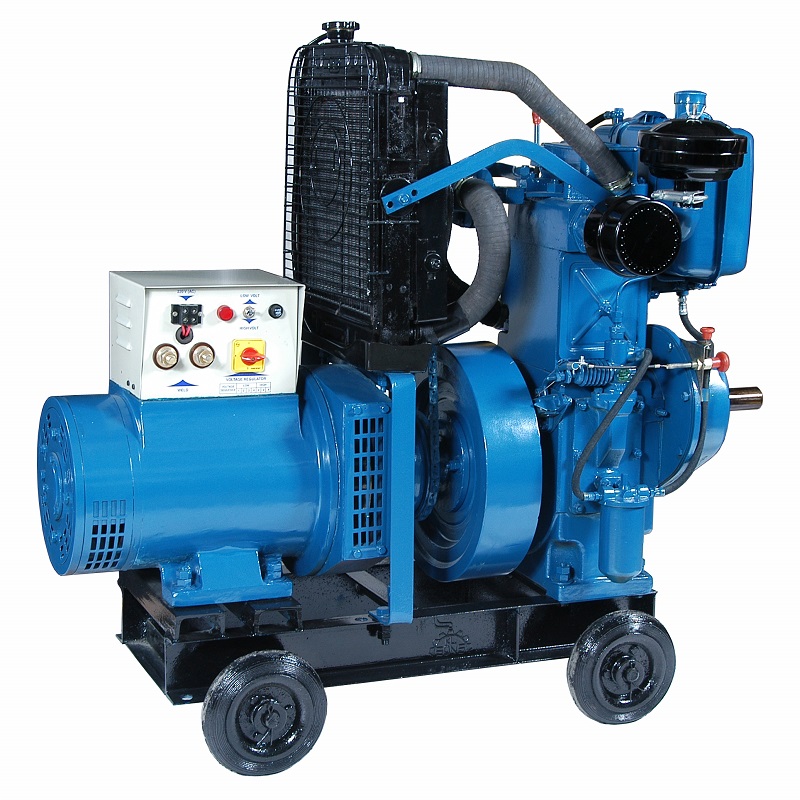 With the increasing dependability on automobiles in our daily life alternator has become one of the essential machine for us as it helps to charge battery and to power the electrical system.Until 1960s automobiles used Dc dynamo generators with commutators.With the availability of affordable rectifiers,alternators were used instead. Now let’s look at how an alternator is made. It consists of a yoke,pole core, stator, rotor, armature,slip rings, bearings,and fan. Among these main components are rotor and stator.There are two types of rotor which can be used for making alternator:

The term salient means protruding or projecting outward,that means the poles of rotor are projecting outward from the center of the rotor .When the current is passed through this field winding N and S poles are created.Generally, these type of rotor is used for slow speed machines which have large diameters and relatively small axial lengths.These are used in hydro stations and diesel power stations and therefore,these are also called as hydro alternators.

The cylindrical rotor is used for high speed machines like thermal power plant which has approximately 1500-3000 rpm.It has a uniform length in all direction which give cylindrical shape to the rotor thus providing uniform flux cutting in all directions.In this type of rotor , diameter is small and axial length is larger.It is made up of a steel radial cylinder which has many slots and in these slots, the field winding is placed and these field windings are always connected in series.These are used in steam power stations and gas power stations.

Moving ahead, shedding light over other sections of an alternator. The outer portion of the alternator is known as yoke,it is used as a protecting layer for the machine.It gives mechanical support to the machine and also prevents the inner parts from damaging due to various environmental conditions.Pole core is consists of pole shoe and entire winding in which pole shoe gives support for the windings to rest on the pole shoe.The stator and rotor are the electricity-producing components of an alternator.The main difference between stator and rotor is that the stator is the stationary part on which armature winding is wound and the rotor is the rotating part of the machine on which the field winding is wound.Rotor is a cylindrical piece which is surrounded in magnets that spins inside the stator,which holds a fixed set of conductive copper wiring.The movement of the magnets over the wiring is what ultimately creates electricity. 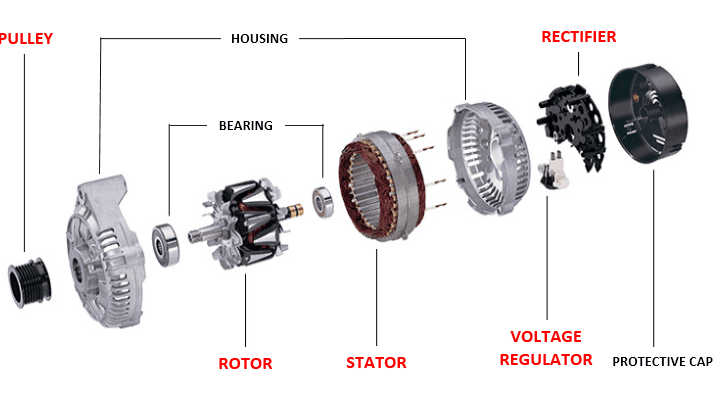 The armature core consists of armature windings,slip rings,and brushes.When the coil cuts the magnetic flux ,it develops armature current such that armature flux is developed.In order to avoid twisting of the winding,the slip rings are there for smooth operation between the brushes.The brushes are used for the collection of current from the slip rings.For the smooth operation bearings are used.A fan is used to exhaust the heat that is generated during the running conditions. 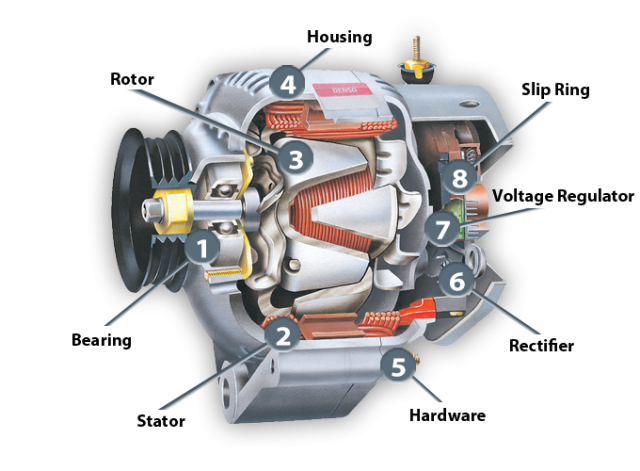 Alternators work on the principle of electromagnetic induction.According to this law,we need a conductor,magnetic field and mechanical energy for producing electricity.Every machine that rotates and reproduces alternating current.

Armature winding is a collection of coils placed in the magnetic field. The coil when rotated cuts the magnetic lines of forces which generates an induced emf.The induced emf develops current to flow in the armature winding.Fleming’s right hand rule is used to find the direction of the armature current. The induced emf will be zero when the coil is in the alignment of magnets and is maximum when the coil is perpendicular.The current changes when the coil is rotated which can be observed in a galvanometer.The current is then passed through the slip rings and then to the brushes.This is how an alternator works.

Prakash industries provide the world’s largest range of Alternators which are easy to maintain and are used for power generation.These are reliable and versatile in performance.We make the best and compact design to offer high power to agriculture and industrial sectors and these are also durable and cost effective.